Have You Been Knocked off Your Bike?

Have you been knocked off your bike by a car driver? The majority of victims are entitled to compensation. Find out what legal opportunities are available to you.

Home > Bicycle Accident Claims > Have You Been Knocked off Your Bike?

What to Do if You’ve Been Knocked off Your Bike

Furthermore, a large number of collisions with lorries occur on a yearly basis. It is believed that 94% of fatal collisions with lorries between 2008-2014 in London occurred on the front left side. This is a very common area for bikers to be collided with as it is the driver’s blind spot. In the past few years, there has been an increasing awareness of the scope of a lorry’s blind spot. It is a lot bigger than people think and cyclists need to be aware of this to avoid a potential collision. To minimise a collision, cyclists should not try to squeeze past a lorry in heavy traffic.

Whether you are a professional cyclist or you simply use your bicycle to go to and from work, you are much more vulnerable to vehicles as you are completely open to the elements. To make yourself less vulnerable you should try to make sure you do the following things whilst on the roads:

Knocked off Bike by Car Compensation

“Hundreds of cyclists are involved in collisions and near misses whilst cycling every year in the UK. The majority of the time these victims are entitled to pursue a claim for compensation.”

If you have been knocked off your bike with a vehicle whilst cycling, then you may be entitled to pursue a personal injury claim. As specialist cycle accident claim solicitors we have a very high success rate in claiming compensation if you have been knocked off your bike. As it is common that cyclists are not aware of their rights, at R. James Hutcheon Solicitors we can provide specialist legal advice to inform you help guide you back on track as quickly as possible. Get in touch with us today to discover your options for knocked off bike by car compensation. 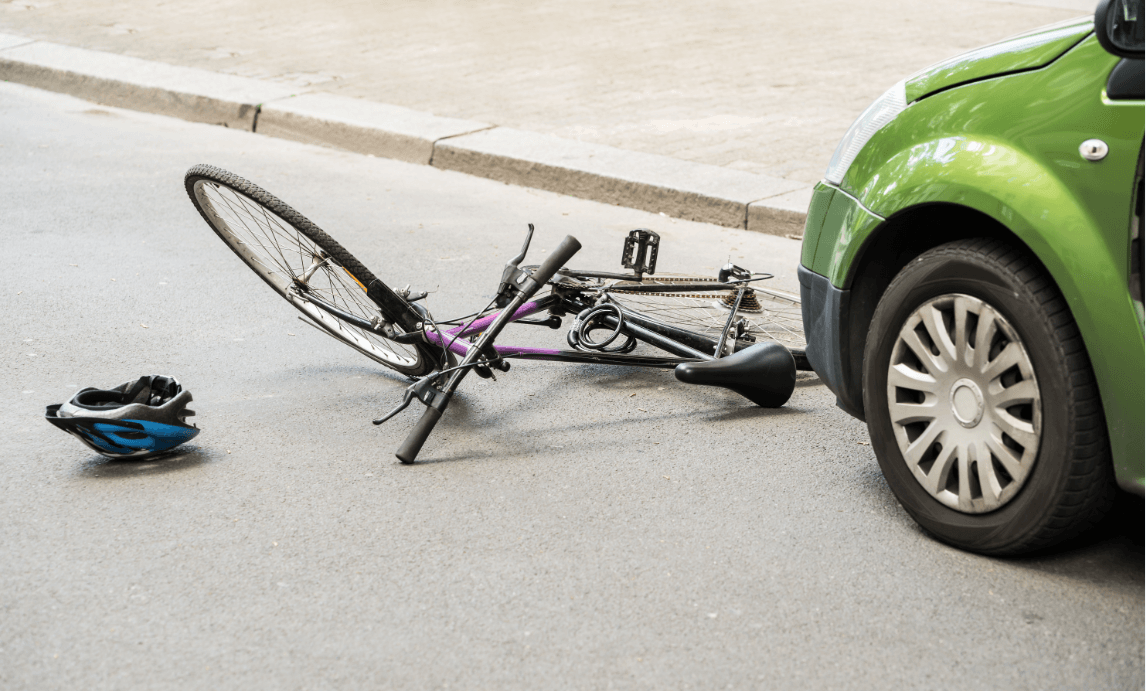 6 Reasons You May Need a Cycle Lawyer

Very happy with the professionalism and efficiency of your service, and a great result. Thank you ever so much!

If you want a no nonsense solicitor to deal with chancers with honesty, sincerity and without delays. Hutcheon solicitors are the real deal. Many thanks.

More than happy with the service received. Would have no hesitation in recommending. Thank you very much!

Fantastic service, I switched from a non-performing claims management company on the advice of a friend, and things have finally started to really move forward with my injury claim. Would highly recommend!

We can call you back at a time of your choosing

Start your claim online and get started quickly